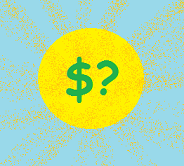 This article, which was published last week in the Tampa Tribune, really caught my eye.  I have been monitoring the prices, specs, and lease options on rooftop solar for a while.  I haven't pulled the trigger on an install yet for several reasons, but highest among them is that next year I need to replace my roof.  There is no point to installing panels over a roof that will soon be replaced.  I would prefer something like the shingles described in this article over traditional panels, but there are several factors I would like answers to first.. That said, here are my issues:

Don't get me wrong; I sincerely hope that this happy homeowner gets everything out of the system that she anticipates, but I remain skeptical.  When I make the move, I prefer it to be a sure bet.